As participant of Humboldt International Campus, we invite you to join our diverse cultural program, which includes excursions, sports activites, and social gatherings. These activites provide the perfect setting for getting to know international fellow students and for experiencing various facets of Berlin.

Humboldt International Campus invites all participants to join the cultural program with an excellent selection of excursions, sports activities, cultural events, and social gatherings. It is the perfect setting for getting to know each other and for experiencing the various facets of Berlin.

There are no additional costs for participation in the activities. The cultural activities vary depending on the specific program of Humboldt International Campus and the season.

In the following, you get an overview of cultural events which are examples of previous program sessions. You will be informed about the new program by email before and during your stay in Berlin.

Berlin offers the possibility to experience German history and to get interesting insights into today’s politics. With guided tours through various buildings, institutions and historical sites, you will learn and discover many new aspects about German history and politics.

As the central coordination point for the entire government policy, the Federal Chancellery is in constant contact to departments and other authorities. The guided tour will explain the political work in the Chancellery, will show you the gallery of gifts from international guests, and will give details about the architecture as well as the artwork in the building.

As the highest organ of the legislative in Germany, the members of the German Parliament are elected by the German people. In practice, Germany is governed by a bicameral legislature of which the Bundestag serves as the lower house and the Bundesrat (Federal Council) equals the upper house. On the guided tour you will learn about the work routine of German politicians, the political structures, as well as the history of the building.

The House of Representatives forms the state parliament (Landtag) of Berlin and is located in the center of the reunified city. Together with the Martin Gropius Bau (art museum), the Topography of Terror (historical site and exhibition) and the Bundesrat (Federal Council), it presents an atmospheric contrast to the modern flair of Potsdamer Platz. The guided tour will showcase interesting details about politics of Berlin as a federal state and the history of the building and its surrounding.

Topography of Terror is a permanent exhibition on a historical site with a focus on the central institutions of the SS (paramilitary organization “Schutzstaffel”) and police during the Third Reich. It highlights the political developments and crimes they committed throughout Europe. With the help of mostly photographic material, visitors are led through the major themes of the exhibition.

As the “memory” of the Federal Foreign Office, the Political Archive preserves the files on German diplomacy since 1867, as well as the international treaties signed by the Federal Republic of Germany and its predecessors in title. The records are preserved, processed and made available for academic research. During the guided tour you will delve into the past and present of international relations.

We invite you to explore Berlin's rich cultural heritage and its vivid contemporary culture. On the guided tours and excursions, you will learn about arts and cultural history, but also experience the diversity of life in today's Berlin.

The district of Kreuzberg has emerged from its history as one of the poorest parts of Berlin in the late 1970s to a cultural hub of today’s Berlin: a unique area and one of the hippest neighborhoods in Berlin with many bars, pubs and clubs. During the guided tour you will learn about the cultural and social history of the area, and discover the diversity of this neighborhood. It is a tour to places that are not considered as tourist hotspots and it will finish at a restaurant typical for Kreuzberg.

The area of Museum Island was awarded UNESCO World Heritage Status in 1999 and it is an ensemble of five museums: Old Museum, New Museum, Old National Gallery, Pergamon Museum and Bode Museum. You will have the chance to visit at least one of the museums as part of the cultural program.

The Cathedral is the largest and most important protestant church in Berlin. It is located on Museum Island and will attract your attention already with its external appearance. During the tour you will learn interesting facts about religious art and architecture as well as the building’s history in the midst of the events happening around in the course of the last centuries.

Be inspired by the renowned attractions of the UNESCO’s World Heritage while underway through the city of Potsdam. The tour will bring you to unique palaces, beautiful gardens, and historic quarters such as the “Holländisches Viertel” and the “Nikolaikirche”. You will surely enjoy the day in the pretty city with its rich history.

Berlin is known for its unique galleries and exhibitions. Small as well as renowned art museums and galleries present various forms of contemporary art. Together with other participants, you will get the opportunity to delve into artworks and learn about Berlin’s vivid art scene.

Getting to know your fellow students at Humboldt International Campus and just having fun is essential to fully enjoy your time in Berlin. With our active or relaxing social gatherings we give you various opportunities to meet others in a casual and relaxed atmosphere.

At the Welcome Session you will get to know other participants of your program and the Humboldt International Campus team. We will start the day with an official welcome and snacks before inviting you to chat in a relaxed atmosphere.

By joining our boat trip you will explore the center of Berlin from an unusual perspective. Enjoy chatting with your fellow students and seeing Berlin’s famous sights while floating along the river Spree.

Beach Volleyball is a fun outdoor sports activity on long warm summer evenings. It is not only for those who love to play, but also for everyone who likes to enjoy watching others play, lying in the sand, meet new friends, and just relax in the middle of Berlin.

Winter in Berlin can be fun and active. Come ice skating with us and have fun with your fellow students. It is an entertaining sports activity for everyone, even for those who have never been on ice-skates before. The nearby winter markets invite for hot beverages to warm up from inside.

We will invite all program participants to end the program with an official Farewell. Drinks, food, chats and laughter – this is how we will celebrate together the exciting time you had while being part of Humboldt International Campus.

If you take part in an online program of Humboldt International Campus, we offer a selection of diverse websites enabling you to discover Berlin's city life, history and cultural institutions.

Although you may not be in Berlin in person, there are several possibilities to discover cultural life of the city. Explore the capital of Germany through virtual tours, concerts, visual glimpses and interesting information.

You will receive access and detailed information about the online offer shortly before the start of your program. 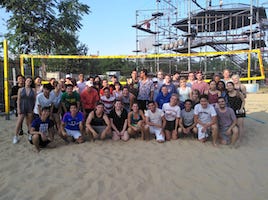 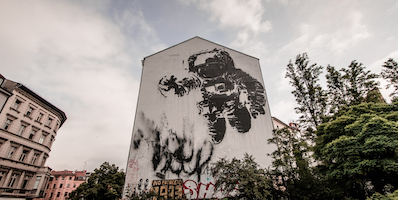 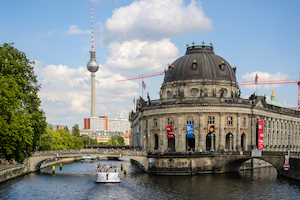 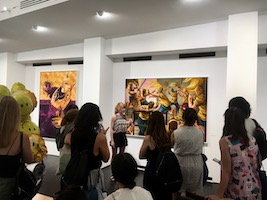 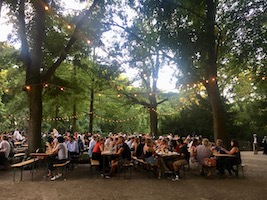 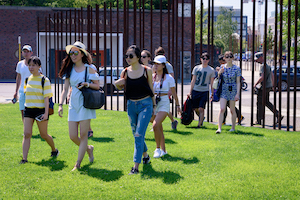 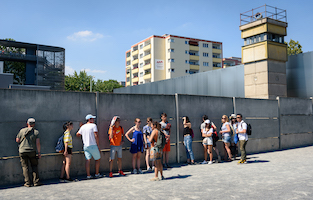 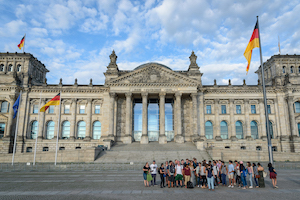 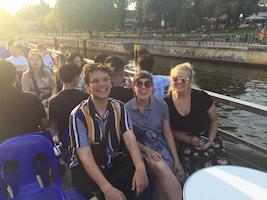 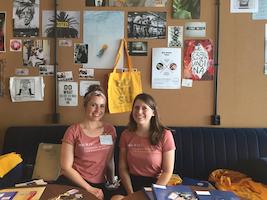 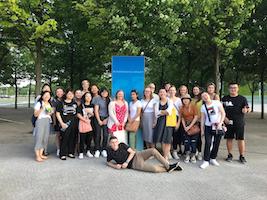 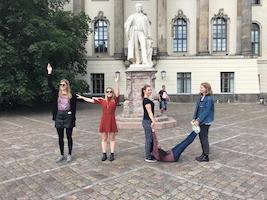